We have been growing Malabar Spinach for a couple of years now, as one of the only greens that thrives in our very hot summers. We were excited to meet a customer at the farmers market who is actually from the region of India where Malabar Spinach originates! She shared with us a few recipes, check them out for traditional ways to enjoy this unique vegetable.

We often enjoy it raw, mixed in with other salad greens.

Method:
Wash the Spinach leaves throughly and pat dry. Allow the moisture content to dry off completely before use. In a separate pan, heat few spoons of oil, season with Cumin and Pepper. Add Red Chillies and saute well for couple of minutes. Add the grated coconut and Spinach leaves. Turn the flame on low and saute till the leaves wilt in size & the coconut turns light brown. Turn off flame & allow this mixture to cool. Once done, blend to a puree, adjust salt as desired. Do not add too much water as the consistency should be thick and concentrated. Mix few spoons of Curd if desired. Serve on its own with white steam cooked rice.

Note – The shelf life of Tambli is a day alone if using Curd or Yoghurt. Use your discretion accordingly.
http://sumeesculinary.blogspot.com/2013/10/vaali-ambat-basale-soppu-curry-malabar.html
Malabar Spinach Curry from Sumee’s Culinary Bites
Ingredients 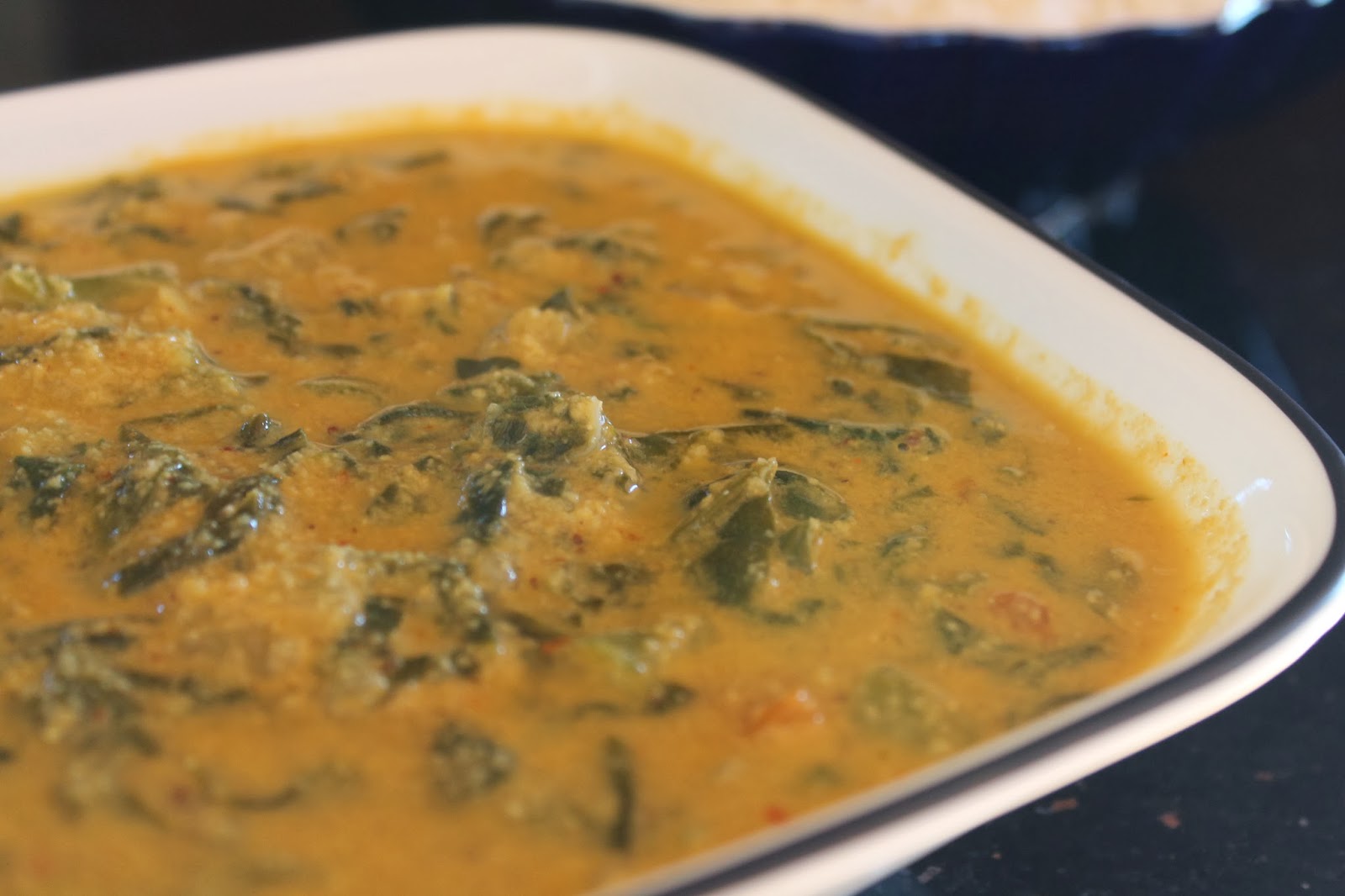 ~ Wash Dal, add a cup of water along with chopped Onion and Tomato. Add turmeric powder and pressure cook for three whistles.
~ While the pressure cooker is cooling down, prepare the masala. Grind everything under the grinding masala list to a fine paste while adding a cup of water in intervals.
~ Wash Vaali thoroughly with water. Chop them coarsely.
~ In a wide, heavy bottomed pan cook the greens first.
~ Once it starts to wilt and change to darker green color, add the ground masala.
~ Let the mixture bring to a boil.
~ Mash the contents in the pressure cooker and add it to the pan. Add enough water as required.
~ Add salt to taste and mix them all together. Bring the curry to a boil and switch off the heat.
~ Serve it hot with plain white rice.

http://konkanifoodie.blogspot.com/2011/01/malabar-spinach-tambli-basale-soppu.html
« Okra Recipes from Southern Living
A slightly depressing opinion….come back soon for our take on trying to make a living farming »