Here’s a nice hearty soup that makes use of the abundant greens and root vegetables available in the colder months.

2. Add potatoes and garlic and coat in oil

3. Add Broth and lentils and bring to a boil
4. Bring soup to low and simmer until tender (carrots, lentils)
5. Pour 2/3 of soup in blender and puree until smooth
6. Add pureed soup back to pot and stir in coconut milk
7 Garnish with delicate herbs, and serve.
– Robert Carter 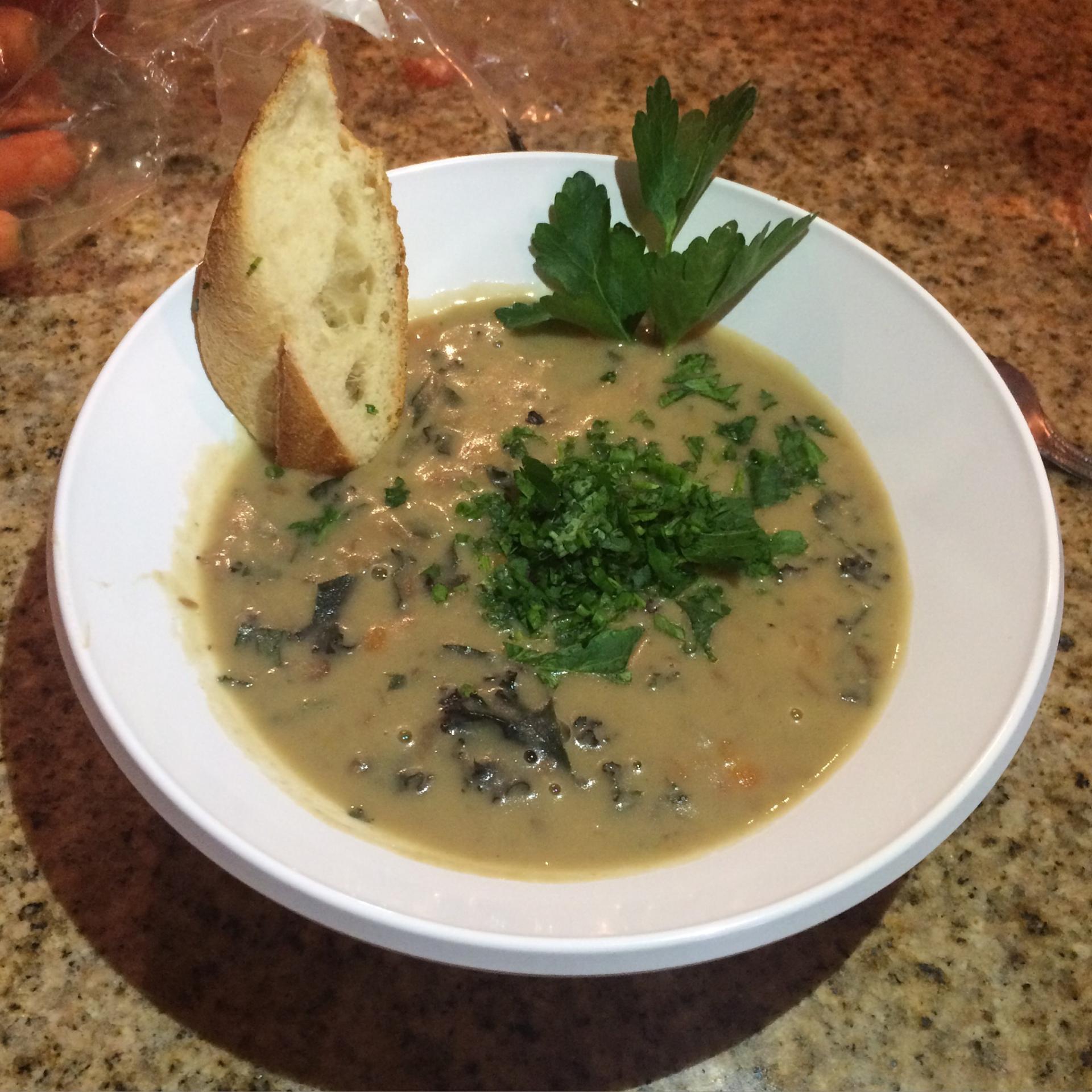