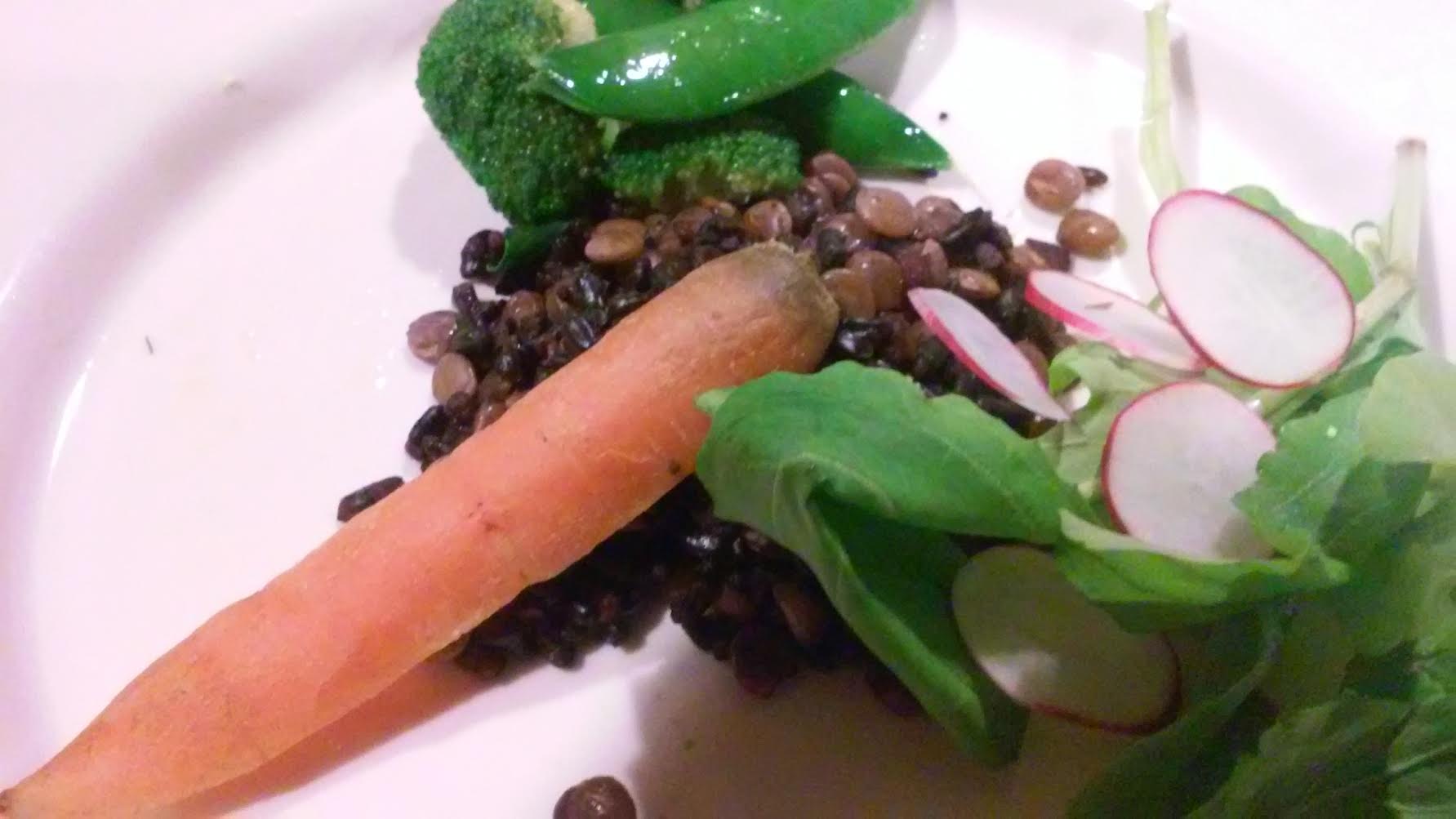 2. Bring water to a boil, then add washed lentils and rice, cover and let simmer for 30-35 minutes

3. While the lentils and rice cook, steam carrots until desired softness is achieved, (this depends on you).

5. In the leftover steaming water, boil broccoli and pea pods for about one minute (until they are bright     green), then transfer to ice water

5. Just before the lentils and rice are done, saute the peas and broccoli in olive oil and lemon juice