Strawberries are here and it’s time to enjoy them at their peak. They are a labor intensive crop, requiring transplanting, mulching, frost protection, protection from birds and many insects, pollination by bees (we have two hives at the farm), and they must be picked every other day. 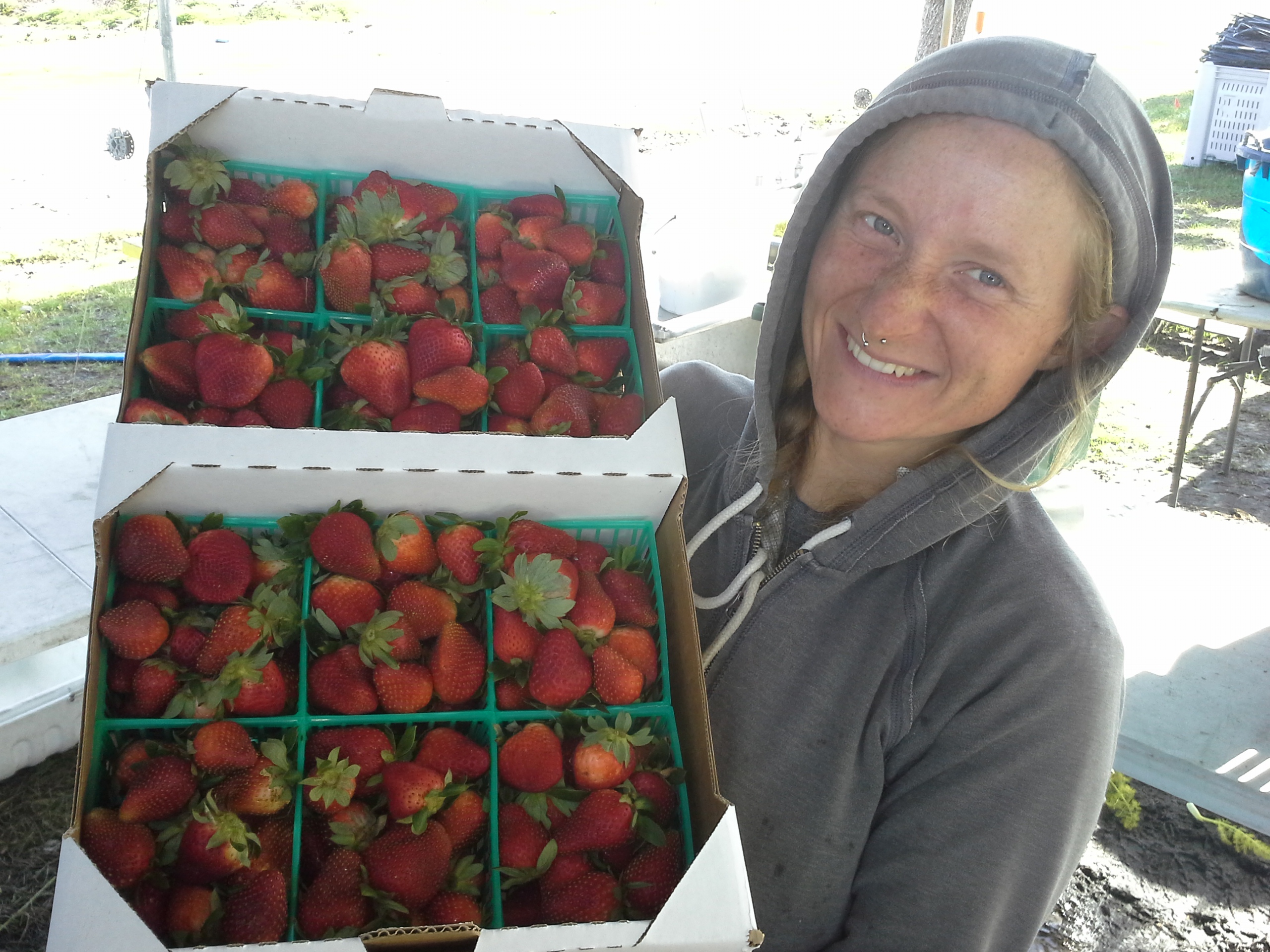 Jasmine and our berries

If you find that you can’t eat them all now, simply wash, trim and freeze for smoothies later this summer. You can also make a divine strawberry sauce by cooking down the berries over low heat, adding a small amount of sugar and pureeing. Freeze for anytime you want to dress up a piece of cake, like pound cake or cheese cake. You can also make strawberry jam. I like to use Pomona’s Universal Pectin (available online) and their low sugar recipe. Our strawberry jam has a ratio of 2 parts fruit to 1 part sugar.

Storage tips for strawberries: they should be kept as cold as possible without freezing and in a high humidity environment. They need to breathe a little, so a paper bag is pretty good for short term storage (1-2 days), or a dish covered with a clean damp towel in the fridge.