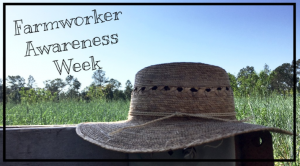 National Farmworker Awareness Week (NFAW) is a national week of action for students and community members to raise awareness about farm worker issues on their campuses and in their communities.

Visit Last years Blog to Read more about NFAW and what it all means.

During our current  Farmworker Awareness Week we here at Frog Song would like to take a minute to bring some attention to an issue that we are very passionate about, in hopes of creating a more fair and just work environment for the hardworking men and women in agriculture.

The Coalition of Immokalee Workers (CIW) is a worker-based human rights organization internationally recognized for its achievements in the fields of social responsibility, human trafficking, and gender-based violence at work. The CIW was started in the town of Immokalee, Florida a heavily agricultural area and one of the major centers of tomato growing in the United States. A small group of workers met on a weekly basis to brainstorm ideas on how to better their lives and their community. Some twenty years later the CIW is responsible for creating 3 very successful and effective movements to try and bring awareness to the issues and Basic Human Rights to the farmworkers whom of which many are currently denied. 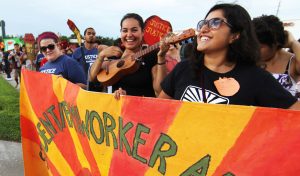 The Student Farmworker Alliance is a national network of students and young people organizing with the Coalition of Immokalee Workers to uproot exploitation in the fields and build a food system based on justice, respect and dignity for farmworkers.

In The News Today: 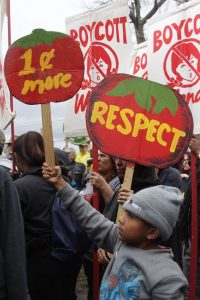 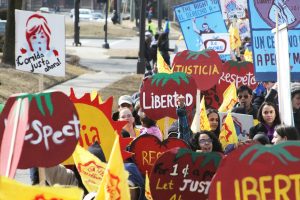 Food companies that sign on to the coalition’s program pledge to buy only from farms that also have committed to its rules. Those rules require the farms to submit to inspections by a third party to ensure that workers are treated fairly, protected from sexual abuse and human trafficking and allowed to talk to coalition members on company time about their rights. Major food companies, including Burger King, McDonald’s, Yum Brands (Taco Bell), Whole Foods, Trader Joe’s and Wal-Mart have signed on. (The Columbus Dispatch)